On Thursday, September 20, 2001, just nine days after the terrorist attack of September 11th, 2001 on the World Trade Center, in the pouring rain, I visited the affected area of Manhattan - "Ground Zero", as it is called. It was a tremendously emotional experience for me. I would like to share that experience with you.

I began by traveling to the New York State Credit Union League (NYSCUL) command center on 34th Street near Madison Square Garden. This center has been established by the NYSCUL and manned by League staff members to help New York City credit unions that have been directly effected by the terrorist attack. As president of one of the credit unions in this area and Vice Chairman of the NYSCUL Board of Directors, I went to the command center to meet with League President/CEO Bill Mellin and Director of Executive Affairs, Ron McLean. Together we took a cab downtown.

We got as far as Canal Street before reaching a police perimeter blocking traffic. We got out of the cab and, after showing ID, we were allowed to proceed on foot. We walked down Church Street towards Ground Zero, stopping in at local credit union offices along the way to show our support and offer assistance, including crisis counseling. As we proceeded down Church Street, the city felt like a ghost town. There was no activity at all.

About two blocks before Duane Street we smelled an odor like that of an electrical fire and we saw smoke in the air. There were about five pedestrians on the street with us at the time, heading in various directions; two, as they passed us, were wearing face masks. We saw a parked car covered with soot and debris, with the rear window blown out. We also saw a wheeled cart with temporary telephones mounted on it. Evidence of the emergency measures that had been taken was plain to see, such as cables running out of open windows and into large pieces of electronic equipment on the street.

As we continued down Broadway, we were constantly told by police to keep moving. But since Broadway narrows here and runs near Church, we had a good view of the destruction. We actually saw the ruins of the World Trade Center. On this day, three or four stories of one tower were still standing, although there were also giant steel girders sticking up out of the ground like thrown javelins. White soot was everywhere, and many windows were blown out.

A couple of blocks from Ground Zero, we reached another barricade that was manned by New York City policemen and National Guard troops in full fatigues. We weren't able to proceed any further south on Church, so we moved over to Broadway and continued down the left side of the street, passing City Hall and the federal courthouse complexes on our left. There were more stark scenes in this area: a pile of abandoned shoes under a barricade, window ledges piled high with four to six inches of soot. The sidewalk and street were relatively clean, however, a testament to the city's tremendous clean-up efforts, this being just nine days after the attack.

As we continued down Broadway, we were constantly told by police to keep moving. But since Broadway narrows here and runs near Church, we had a good view of the destruction. We actually saw the ruins of the World Trade Center. On this day, three or four stories of one tower were still standing, although there were also giant steel girders sticking up out of the ground like thrown javelins. White soot was everywhere, and many windows were blown out.

There was a tremendous police and National Guard presence. We also saw rescue workers, some of whom were obviously from other parts of the country - several had "Kentucky" written on their shirts and hats. We then proceeded to turn down Wall Street and visit another credit union, where we again offered our assistance. Then we walked back to Canal Street.

Little did we know that while we were making our trip, some 40 senators from all parts of the country were visiting Ground Zero, too. We learned of this later that night when, prior to President Bush's televised address to both houses of Congress, some of these senators gave interviews. Many said they had seen tornadoes, ice storms and other disasters, but nothing that compared with this devastation.

Together, we as a nation will persevere. Thank you to all our members who contacted us concerned for our well-being. Our thoughts, prayers and gratitude go out to all the firefighters, police officers, rescue workers and those affected by this tragedy. A special thanks to our staff members who throughout this tragedy and through their own personal emotions dealing with the situation, saw that the credit union opened for "business as usual." God Bless America! 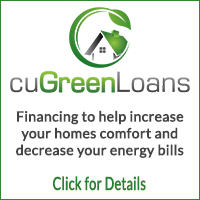